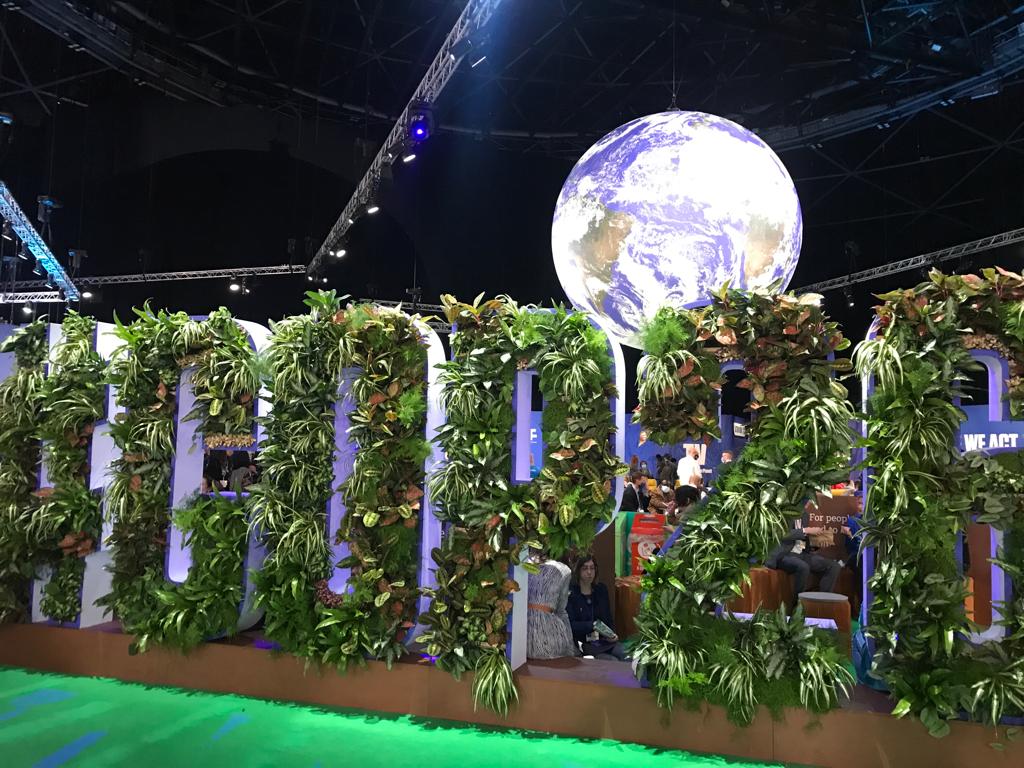 CSH delegates, Victoria and Chantelle were back at COP26 on Wednesday and attended a Presidency panel event on Climate Finance for a Changing World chaired by COP26 President Alok Sharma and attended by banking sector leads and finance ministers from across the globe.

What are the key issues for finance?

Walton Webson, Ambassador to the UN of Antigua and Barbuda raised the important issue of equity for climate-vulnerable populations. He highlighted that currently access to climate funding is dependent on GDP rather than measures of climate vulnerability, and has been arguing for a vulnerability index which can assure that funding is placed in the hands of those who need it most. Important unanswered questions were also raised by Alyaz Sayed-Khalyum Minister for Economy for Fiji who stated that it is still unclear whether climate finance will be treated as loans, risking the accumulation of debt for receiving countries, and how interest rates would be applied or decided. This is a particularly relevant point given early signs of a shift in mindset away from public sources of climate finance towards creating attraction for investment by the private sector, as put across by Dr Adesina, President of the African Development Bank. The key message here is that funding should be driven by need, rather than market-driven, and based on the principle of equity, with funds reaching those who are most vulnerable.

Among the day’s highlights, the UK’s Rishi Sunak has announced a new plan for financial institutions and companies to be required to publish Net Zero plans which if implemented could affect over 40% of the world’s financial assets. Countries such as the UK, Spain, Norway, Japan and Australia have also committed to new financing goals which contribute towards the $100 billion commitment that was set to be reached in 2020.

But why is climate finance important for health?

Climate financing is particularly important for low and middle-income countries most vulnerable to the effects of climate change. Effective and robust finance flows will ensure that countries who are worst-hit by climate change will be able to provide infrastructure that supports health and wellbeing (e.g functioning health systems, safe water and housing). Currently, only 20% of climate finance streams  are directed towards adaptation, leaving populations vulnerable to the mounting costs of climate and ecological disruption. Concerningly, only 0.5% of multilateral current climate finance is directed to health projects.

What are our demands for health?

As representatives of the health community, CSH joins the WHO in demanding that we close the financing gap for health adaptation and resilience, and invest specifically in plans for health. Climate finance should be ring-fenced for those most vulnerable to the impacts of climate change and must be efficient, accessible and free of the risk of debt accumulation. We also demand that health-harming subsidies to the fossil fuel industry are ended immediately. This question will be further explored during Thursday's energy theme programme.