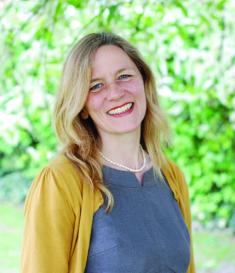 The start of a new year is a time for standing back and seeing a broader perspective, and for those of us working in health, this includes thinking about how we can improve the health of our patients and the general public, and at the same time make healthcare more sustainable.

Below, I’ve summarised how the recent global meeting in Paris gives an unprecedented mandate for the health community to ensure that health professionals, the public and policy makers fully recognise both the major health threats posed by climate change, and the immense health opportunities offered by concerted climate action.

“As doctors, it is our role to protect health by drawing political leaders’ attention to the impacts of climate change and to promote health by advocating for local solutions such as cycle-friendly cities and clean, renewable energy.” Dr Xavier Deau, Immediate Past President, World Medical Association

World leaders met in Paris from 1st-12th December 2015 to develop a global agreement on climate change. On December the 12th, the Paris agreement was officially adopted. This is part of a very long process (over the past 21 years!) and is significantly different from previous meetings because this time the aspirational target of keeping temperature increase below 1.5 degrees was adopted and because key players, notably China and the USA, took a lead.

For the first time in the history of global climate change negotiations the health community had a very strong input to the agreement, with the Global Climate and Health Alliance (GCHA) working alongside the WHO, IFMSA, HEAL and others creating significant opportunities to demonstrate that essential mitigation and adaptation strategies will also provide solutions to the current global health crisis. The Centre for Sustainable Healthcare is a member of the GCHA. During the Annual Health and Climate Summit – which was part of the COP21 in Paris – GCHA announced the signatories of declarations representing 1700 health organisations, 8200 hospitals and health facilities and 13 million health professionals and brings to the fore an international healthcare consensus for action on climate change.

“Climate change, and all of its dire consequences for health, should be at centre-stage, right now, whenever talk turns to the future of human civilizations. After all, that’s what’s at stake.” Dr Margaret Chan, Director-General, World Health Organization

COP21 gave impetus to the necessity for individuals and organisations to stop investing our money in any companies based on fossil fuel industries as these have a limited lifespan. (In May 2015 financial experts at the International Monetary Fund revealed that the full costs of fossil fuels being picked up by taxpayers runs at £6million per minute, which is more than the total spent on healthcare by the world’s governments. Read more about the specific case for fossil fuel divestment by the health sector in this important report by Healthy Planet last year.)

We have good evidence from a recent Lancet Commission that failure to act on climate change will lead to a reversal of the last 50 years of gains in public health.   We also have the priorities set out by the Lancet Commission for action. This makes clear to us all the important role the health community can play at the forefront of climate resilience, adaptation and mitigation.

The policy context is there, but some governments find it difficult to translate promises into action, even in countries such as the UK which is committed via the Climate Change Act of 2008 to an 80% reduction of carbon emissions by 2050. Health professionals and organisations can help! Here are some ideas to start 2016:

The landmark Paris Agreement, signed by 192 countries, gives health organisations across England, the UK and the world a clear mandate to prioritise climate change as a health issue.

There are two key references to health in the Paris agreement:

DECISION:  PAGE 1:  Acknowledging that climate change is a common concern of humankind, Parties should, when taking action to address climate change, respect, promote and consider their respective obligations on human rights, the right to health, the rights of indigenous peoples, local communities, migrants, children, persons with disabilities and people in vulnerable situations and the right to development, as well as gender equality, empowerment of women and intergenerational equity.

ADOPTION: PAGE 15:  Recognizes the social, economic and environmental value of voluntary mitigation actions and their co-benefits for adaptation, health and sustainable development.

For more information on this key topic see: http://www.climateandhealthalliance.org/resources/health-and-climate-in-2015-and-beyond