Integrating environmental sustainability into QI offers a practical way for upskilling healthcare staff to contribute to building a Net Zero NHS, while also improving care for patients. Sustainability is included within the AoMRC model QI curriculum and has been shown to increase motivation for taking part in QI.

We have been thrilled by the success of our SusQI Education Project which saw eight SusQI Beacon Sites across the UK and Ireland working with CSH to embed SusQI into QI education for health professionals, both undergraduate and postgraduate. Building on this success, commencing this summer we will be working to further spread and embed the SusQI approach through SusQI Beacon Site Recognition and the recently launched SusQI Academy. 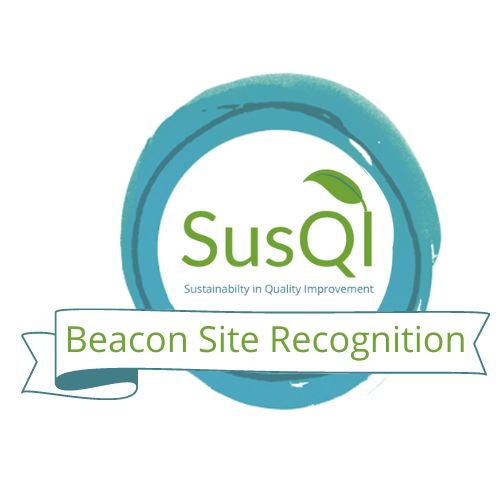 Universities and other education providers (including NHS Trusts) can now also apply for Beacon Site status, to gain recognition for their leadership in embedding SusQI in their own QI teaching and training.  Beacon Sites will benefit from joining a growing community of healthcare education institutions and service delivery organisations who have embedded SusQI, and will be able to share ideas and best practices, present themselves in internal and external communications as a SusQI Beacon Site and have access to our quarterly newsletters, regular SusQI Forums and discounted access to a yearly SusQI Showcase. 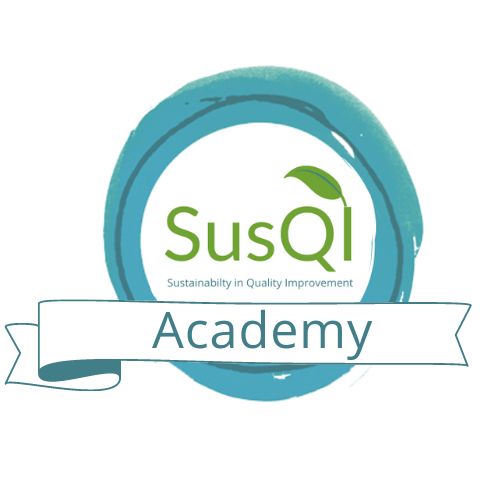 The SusQI Academy offers CPD training and support to key staff within institutions and organisations to become independent SusQI educators and leaders. As a member of the SusQI Academy, individuals will receive support from the Centre for Sustainable Healthcare to build their competencies in SusQI education and/or leadership and can use this to work towards achieving SusQI Beacon Site status for their institution. CSH will also provide support and mentoring for integrating SusQI into current QI practices, including developing training models, materials, frameworks and reviewing strategy.

Open-access resources for SusQI have been developed by the Centre for Sustainable Healthcare (CSH) over the past 3 years, with support from HEE and The Health Foundation:

In addition to the SusQI Academy, CSH offers a range of support options for institutions wishing to embed SusQI: